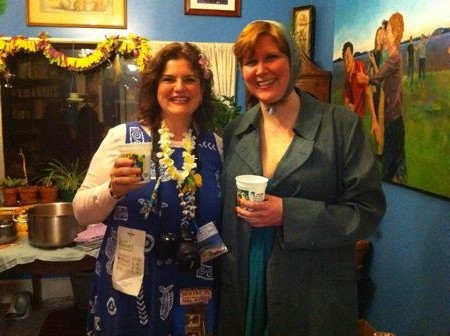 It’s a little early this year, but I had a great time at the 9th Annual Sharuchallard Mardi Gras party with the old Pittsburgh Gang. Mike and I drove out on Friday night and stayed with Kelly – we got to play with Erik in the morning and he showed me all his stuff, and then I bought bulk maple syrup and lots of good soap from the Pittsburgh Food Co-Op before heading over to Greenfield for the party.

Jesse and Aurora had bottled beer at the Copper Kettle Brewery near their home, where you can stop by, mix up some beer for a couple of hours, let it ferment at the brewery, and return in 2 weeks to bottle the beer. What a cool idea, right? There’s an article about it here. 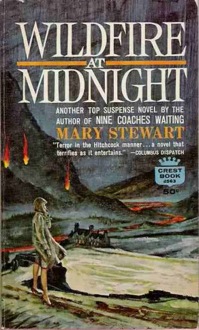 Mike blew me away with his “To Kill a Mockingbird” shirt, based on the anniversary edition book cover. When he gets a post up on his blog I’ll link to it directly. And as for Kelly and I – the theme was “A Novel Approach.” Kelly was a tour book for Hawaii, and I was the lady on the cover of this book.  No one could guess, I didn’t even make them try. There are very few people in the 30s to 40s set who have read as many Mary Stewart books as I have, I bet.