2012, you have been wonderful and horrible.

Last week I was in Washington DC for a conference, and someone mentioned: you haven’t been to these meetings in a while, have you? And then I realized that  I could summarize 2012 as the year all of my grandmothers died, I got married, and we had the kids all summer long. Which sounds kind of epic but in a very pathetic way, you know?

Maybe this will be better. I know it’s not done yet, but this is what happened:

January
I wrote a resolution that was adopted by the CUAA council in support of the mission statement of Cooper Union, which supports free tuition policy. I was the sole breadearner in our household this month. It was a little stressful. I had to pay more precise attention at work because I was suddenly concerned about being laid off. (Top Secret: this is not always the case.) Temporary cat was adorables. January was so warm, we went hiking several times. 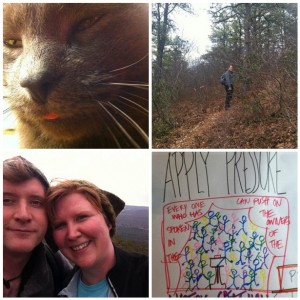 February
I went to San Diego for a sustainable remediation conference and was inducted onto the board of said organization as the secretary. I was still the sole breadearner and stressed a little more about it. I hosted endless focus groups for Cooper Union and worked really hard to build community. We visited Peter Cooper’s grave! More hiking! Valentines day cookies! 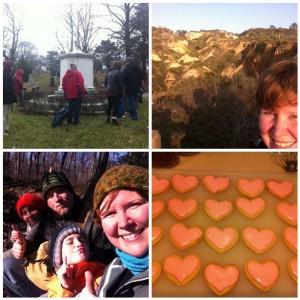 March
More Cooper Union community volunteering. Mike got a JOB. YAY. we staycationed our normal anniversary weekend away, and then we opened a joint bank account. I signed up for a t-shirt quilting class and didn’t actually finish anything (but learned a lot). I could still ride the motorcycle to work! Temporary cat killed mice! 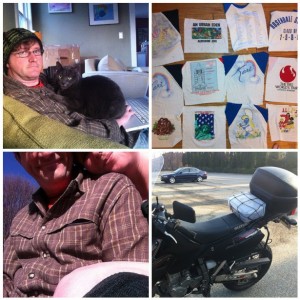 April
Mike started his job and I had to get used to not having an at-home sweetheart to do all the kids stuff and make all the dinners any more. Also he got paid, that was pretty nice. I had a birthday party that combined a dead tree chopping down and a chili party. and then I participated in authorship of an amazing document called The Way Forward, summarizing the community consensus based process and proposing a simple path forward for Cooper Union to reachieve solvency without charging tuition. And then – oh, then – my mother’s mom sickened, suddenly, and passed away. We had a community summit and I was a panelist and the next day I flew to Phoenix for the funeral. 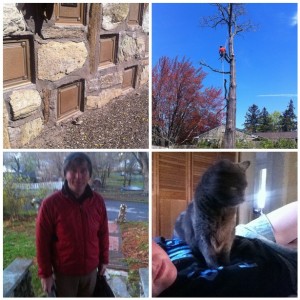 May
More Cooper Union stuff! and then we decided to have a wedding, and then we decided NOT to have a wedding. But we really were going to get married, so I guess we were officially engaged? only it’s not different from any other time that we’d been in love and meant to spend our lives together so we don’t make a big deal of it. We went on another amazing motorcycle vacation with Rick and Janice. We had porch robins and the boys started baseball again. 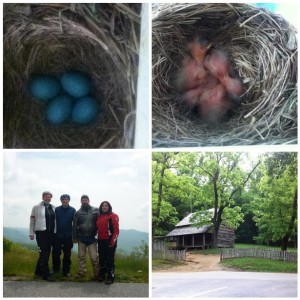 June
My cousin Sara got married in SC, and we drove there and back with the little dudes. YAY I INTRODUCED THEM TO MY BIG FAMILY. Lots of work at my job, lots lots lots.  baseball and end of school. And a weekend away with my internet motorcycling friends – all nice ladies – and mike and janice. 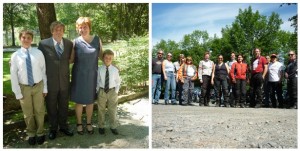 July
we have the boys all this month, as their mom works out of town. and my job is so crazy. And then we decide to plan an elopement for real in august. and I ran a 5K and won a trophy!

Also of note: I really didn’t take many photos. What’s up with that?

the boys each go away to camp for a whole week, though, which makes things kind of quiet mid-month. got marriage license, wedding dress, and married, all in 2 weeks. went away to the beach for vacation. YAY. All this stuff makes it super easy to have the kids all month. 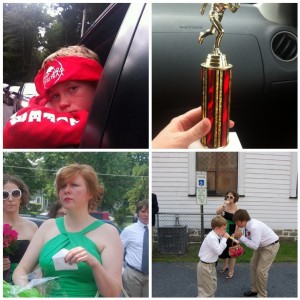 September
Rode the motorcycles to see Sarah and Ben for labor day weekend. Work was nuts and then? My gramma got sick. super sick. in the hospital. and I flew down and visited her and we had such a sweet time together and then left and the next day she died. Oh, gramma. I still miss you so badly. Mike and I went to her funeral the next weekend. My family is sweet and it’s nice to be with them. 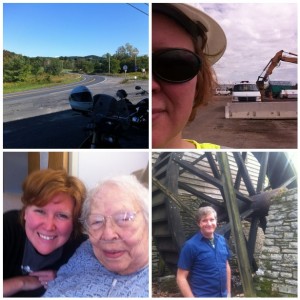 October
Short week back after Gramma’s funeral with kids and Cooper Union meetings and then we were off to the UK for a long weekend and Rachel’s wedding. October was also the month that I made the boys do all their homework. Like, they were trying so hard not to do it, and no one was paying attention, and I made them do it all, and then everyone else paid attention and it stuck and now they are doing amazing in school. Rheinbeck sheep and wool! new project bike gifted to us! and OH ALSO Hurricane Sandy, and no power for 2 days. And we discovered a horrible leak in the bathroom and/or wall and got a new tub and I designed a new bathroom using pinterest and graph paper. Also mom and I planted lots of perennials. 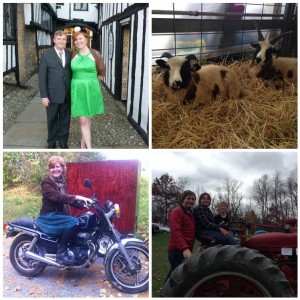 November
Thirteen and I started to take tae kwon do! we love it! The kitchen is a disaster b/c we had to demo the wall and fix the leaking pipe, and we had Sarah and Ben over for non-thanksgiving and hunting (nothing was harmed except our thanksgiving ham). I had a pampered chef party. Work continued to be super hard and worky.

December
Dinosaur Jr Concert! Holiday party at work then drive to holiday party in pgh. Oh, I’m so proud of Cooper Union students who occupy the foundation building. I go to Washington DC for the SURF conference. I can’t believe it’s my first one since february (I missed one in the middle), and then, THIS is where I realize that all I did this year was put my head down and get through it. So much work, so much kid time (which I love, but it is a lot of work), so much with my grammas dying, so much travel. Back to work where I keep putting my head down and digging in. 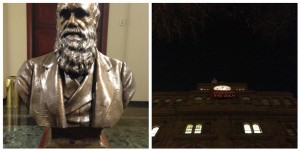 This entry was posted in life etc. Bookmark the permalink.
Logging In...