the one about all those motors

I mentioned, I think, that my DRZ has been out of sorts. for AGES. And I really tried to fix it, y’all – I wrenched the heck out of it, and that included getting the carb out and reading lots of articles and manuals and taking a deep breath and starting to take it apart…. only to find that the screws were too soft, and I didn’t want to have to learn how to disassemble a carb AND drill out and replace screws all in the same day. And then it was winter, and we had four feet of snow piled up in front of our canvas sheds, and all was cold and sad.

The  poor motorcycle sat and sat and sat until Mike and I asked Rick to come over and drive our poor motorcycles to the shop a couple of weeks ago – and he came, like the white knight in a pickup that he is, with a lovely trailer, and just like that our bikes were at the shop.

It wasn’t until we went to pick up the bikes I ran into that ugly wall – you know, the “is everything going wrong here because I’m a GIRL and they’re not listening to me,” or is this just a tough nut to crack, and because I’m so AWESOME I only bring hard problems to the pros. They  had cleaned out the carb, replaced the screws, put on a new rear tire, and gave me a stern talking to about the effects of ethanol in gasoline and how I should always use an additive. 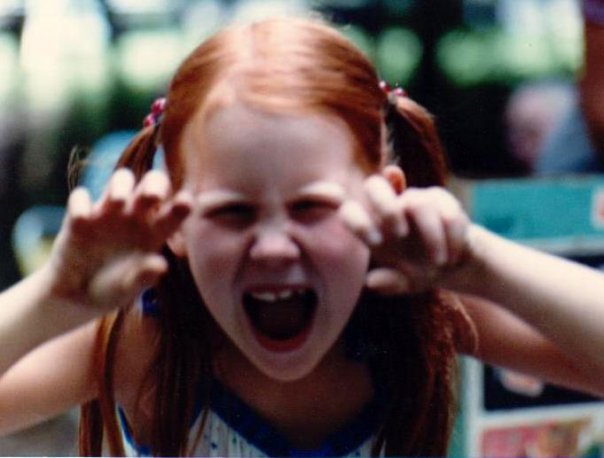 But this is what happened that set me on edge: When I was paying for it and carefully reading the list of things they’d done to my motorcycle, a note about the chain gave me pause. It was “stretched and stiff in places.” I turned to Mike and said: hey, when do you replace a chain? Oh, when it’s stretched and stiff in places. Right. So I asked when my chain needed to be replaced, because, you know, this is my primary commuter, and I have a 100 mile/day trip, and they went back to ask the guys, and they came back with “sooner rather than later.”  Which kind of infuriated me because firstly a broken motorcycle chain can be dangerous and catastrophic, secondly because y’all, call me! I will pay you to fix the chain while you’re doing everything else to the motorcycle, and thirdly, what kind of a lazy answer is that?

And then I went outside to start the bike and it clunked, chugged, and didn’t start. So, I’m feeling off-set already because I ALREADY feel like I haven’t gotten the kind of service I would like to expect on the motorcycle, and then I find out it doesn’t start? And I had to go inside and say: “oh hey my bike still won’t start,” and they send someone out who tries everything I do to start it, and then finally DOES get it to start by putting the petcock on prime and jamming the throttle, and then he takes it to the back and I sit and sit and sit and FINALLY he comes back and explains very carefully to Mike how a carb works, and what maybe the problem is, and how they’re going to look at it some more. And this whole time Mike is looking over at ME, frequently! breaking the sincere eye contact that very-helpful-and-I’m-sure-nice dude is making as he explains petcocks (not as fun as they sound) and carburetors and how MY MOTORCYCLE works – to Mike. I mean, he did show up on the SV650, which has fuel injection, so perhaps helpful-guy thought maybe Mike didn’t understand carbs like I so clearly do? Perhaps. 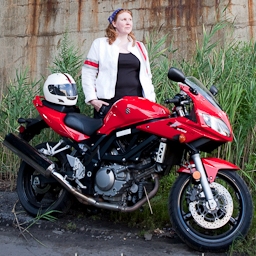 Anyway, the moral of the story is this: I rode home on the back of Mike’s bike, they kept my bike, put on that freakin’ new chain, and after a couple of days they were able to find a pinhole in the vacuum tube that runs between petcock and carb. Which they fixed for free, because it was the right thing to do.

Suffice it to say, as infuriating as this exercise is it happens all the time to me – but knowing that I rode my motorcycle home from the shop this weekend and plan to ride it into work this week softens the edge on the hassle. I hate to admit it, but I’ll put up with a lot of guff to ride.

This entry was posted in gear-head, motorcycle enthusiast. Bookmark the permalink.
Logging In...